I am the church

It's not very often that you can run out of a store downtown without someone approaching you for something. Today on my way out I met Larry. He was a little surprised when he asked for a dollar and instead was able to pick out toiletries, a fresh pair of clothes and money for lunch out of my trunk full of all of YOUR donations. His response was, "are you a church?"
I told him no. I said, "I love Jesus and He loves the poor and asks us to care for them." After I left I thought about it and actually I am the church. Because the church isn't one building or organization. God's presence fills the earth through His church. It's all followers of Jesus going into the world and spending their lives caring for and chasing after the people who have captured His heart. When Jesus walked the earth who did we see him hanging out with most - The undesirable. The people that most of us try and avoid. The point of following someone means to imitate what they do. I think those who profess to be followers should imitate what he did, pursue those who he pursued and live out His purposes. In the process of doing that we become like him. We need to focus less on what other "Christians" are doing and more on Christ. 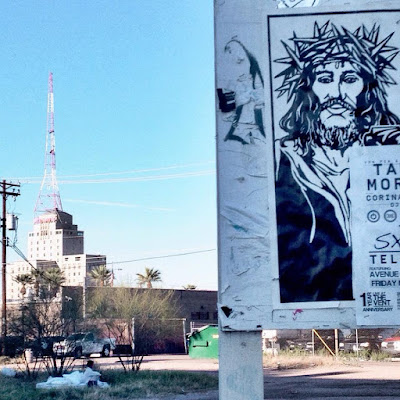 We've seen some pretty incredible things happen in the past year that we've been serving this community. We've given out hundreds of shoes, blankets, coats, toiletries and more. There is no way that we could have done any of this on our own. We're so incredibly thankful for all of you that have been faithfully praying for us and those of you who are always coming down with loads of new supplies to hand out. The evidence of God actively working in your life shows by your goodness towards people in need. "Blessed are the merciful, for they shall receive mercy." Matthew 5:7  Thanks for having a role in his plans of bringing hope to this city. Thanks for being the church!